The Taxi and Limousine Commission of New York City allows new plates for Electric and Wheelchair Accessible Vehicles. We are a one-stop-shop for all your needs as well as base needs, purchase your insurance and do your base application documents all in one location. Please note you must be working for a black car base such as Uber or Lyft.

It’s vital that rideshare drivers protect themselves when they are out on the job with the right level of rideshare insurance coverage. For the most part, fully comprehensive commercial insurance is far too expensive and unnecessary for an Uber or Lyft driver’s duties.

In contrast, regular car insurance coverage often excludes any accidents or damages that occur while on the job or while waiting for a new customer. Thus, drivers must seek out hybrid rideshare insurance to ensure they are covered during all parts of their trip.

With that being said, let’s take a look at what the options are when it comes to electric car insurance in New York City and insurance for drivers that own wheelchair-accessible vehicles.

For a while now, rideshare companies have incentivized their drivers to move towardelectric vehicles. In 2018, Uber set up a program called the EV Champions Initiative to achieve 5 million rides in electric vehicles in the subsequent year. They included in the program seven cities in the USA and Canada; Montreal, Seattle, and Austin, Texas, as well as four cities in California; Los Angeles, San Francisco, Sacramento, and San Diego.

Why Do electric cars cost more to insure?

In addition to this, electric cars are generally much more expensive than their gas-powered counterparts; thus, the insurance premium is higher to reflect this added risk to the insurer.

It’s important to note the difference between fully electric vehicles and hybrid cars that use both electric and gas-powered engines. 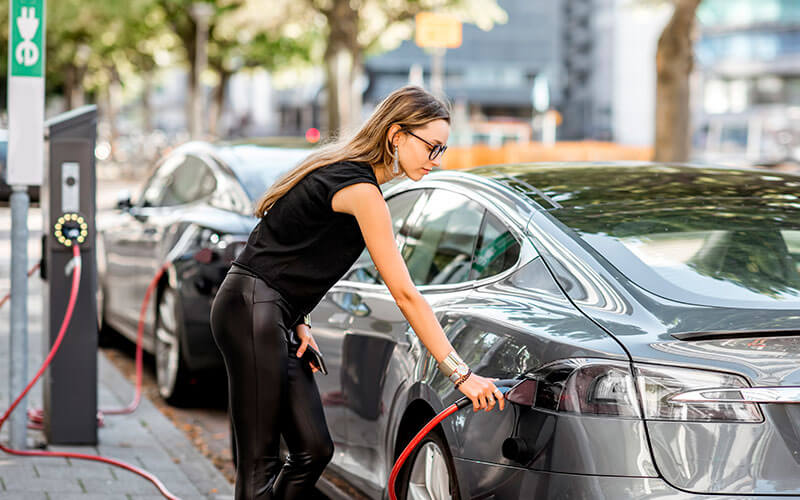 People who take out car insurance are generally able to select from the same number of rideshare insurance options of those that own gas-powered vehicles. In general, rideshare insurance can cost anywhere between $10-$30 per month, on top of your standard policy, but this all depends on your location and what type of vehicle you drive.

Both Uber and Lyft have wheelchair accessible vehicles available so they can provide everyone with the ability to move around within their communities. These care are usually modified to help accommodate those with disabilities and allow for the easy entrance and exit of wheelchair users.

Taking out car insurance for a wheelchair accessible vehicle is the same as taking out a policy on a standard car; still, there may be some occasions where an added fee may result due to “excessive modifications”. However, it’s worth noting that insurance companies are not typically allowed to charge more for wheelchair accessible vehicles under the Americans with Disabilities Act (ADA).

The ADA strictly forbids insurance companies from discriminating against people with disabilities by charging them a higher price for their insurance. They are not permitted to charge a disabled person more purely because of their disability.

In fact, the individual is allowed to have any aids or technology they need to help them drive without adding any extra cost. Although, there seem to be occasions where highly modified cars come into a dispute. 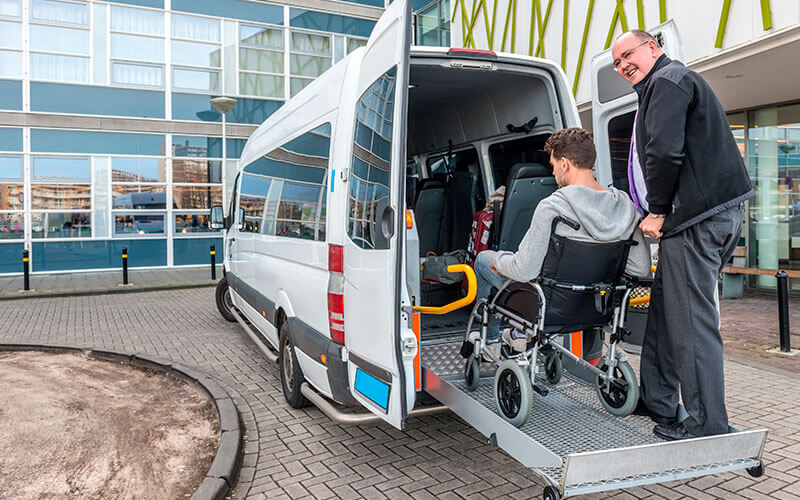 What is a WAV vehicle?

A WAV is a wheelchair accessible vehicle. These are generally standard cars that have been modified to accommodate the traveling or driving of the vehicle while using a wheelchair.

Is It Hard To Get Wheelchair-accessible Lyft Or Uber Vehicles?

Both Uber and Lyft offer wheelchair accessible drivers with UberWAV and the Lyft WAV service.

Lyft users simply need to open Access Mode in their app while Uber has its UberAcess and UberAssis features.

Can I work for Uber or Lyft with an Electric Car?

Yes, 100%. Uber and Lyft both accept electric cars. In some countries and states, these companies offer incentives for electric vehicle drivers.

Electric car insurance tends to cost more than gas-powered vehicles due to their higher value and higher cost of repair. WAV vehicles are typically the same price as regular vehicles unless they have been heavily modified.

If you need e-car or WAV insurance, speak to our team of friendly advisors. They will help you get the insurance that you need.

GET INSURANCE
Scroll to top